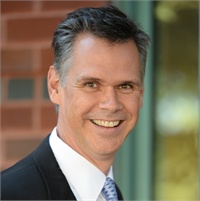 James F. Miller is the President and Founder of Miller Financial Group.  In addition to serving as the firm’s chief investment manager and overseeing the financial planning process for MFG’s client family, Jim enjoys sharing his experience via blog posts and weekly market commentaries through his robust digital and social media presence.

Jim discovered his passion for money management at an early age.  He quickly realized the importance of saving money. “It was less about how much you made, but more about how much you could keep.”    Jim proudly remembers being able to save enough money to buy his first car in college.  Having enough odd jobs throughout college gave him the opportunity to save some money, start to invest small amounts, and have a few extra bucks for fun.

With over 20 years of experience in the industry, Jim Miller is a highly successful and respected advisor working with business owners, senior level executives, professional athletes, retirees and young professionals.  It was his experience as a student athlete at the University of Virginia that taught him one of his greatest lessons – understanding the importance of teamwork – which helped lay the foundation for the future success of starting MFG.

Jim went to work for several different large Wall Street firms prior to founding MFG.  He admits, “I had to learn the business early in my career but found it difficult to form lasting teammates in a culture that continued to change every year.  Everyone had their own agenda and seemed to only be looking out for themselves.”  He felt that the culture centered around selling firm products and being held accountable to “sales managers” and less about focusing on their clients.  “I’ve always felt that this is a relationship business.”

So, in August of 2010, he founded Miller Financial Group with his business partner, Elizabeth Craddock, at his side.  If asked what the best piece of advice he has ever received, he would say “invest in yourself.”   Jim is frequently sought after to speak on a variety of topics and experiences.  Jim played hoops for Virginia, was the NCAA East Regional MVP and played in the Final Four and 35 years later was one of the voices on the radio to call Virginia’s historic run to winning the 2019 national championship.

His life-long passions include spending time with his wife, Rachel, and their two kids, trying to break 80 in golf, eating good food, and learning new magic tricks to perform (Jim has performed for two Presidents: Bill Clinton at The White House and George Bush and Vice-President Dick Cheney at the Inauguration) and trying to break through 1000 Twitter followers.