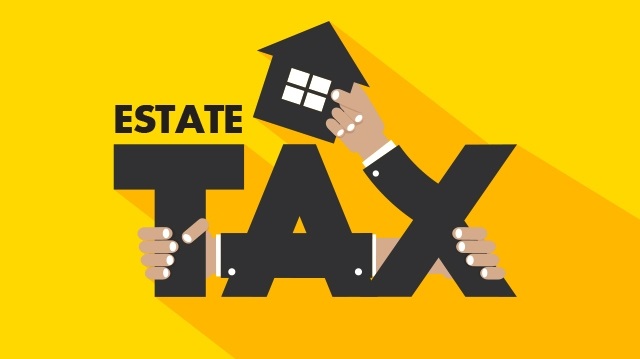 The Economic Growth and Tax Relief Reconciliation Act of 2001 (EGTRRA) was a sweeping piece of legislation that significantly changed the federal gift and estate tax and the GST tax for the years 2001 through 2010. The maximum tax rates gradually decreased from 55% to 45% (35% for gift tax) and the exclusions/exemptions gradually increased from $675,000 to $3.5 million ($1 million for gift tax). The provisions of EGTRRA repealed the estate and GST taxes (but not the gift tax) for 2010; then, for 2011, EGTRRA provisions expired, effectively reinstating the tax rules that were in effect prior to 2001.

ESTATES OF PERSONS WHO DIED IN 2010

The 2010 Tax Act reinstated the federal estate tax for 2010, retroactively applying a 35% maximum estate tax rate and a $5 million estate tax exclusion. The 2010 Tax Act also allowed the estates of persons who died in 2010 to opt out of the tax. If an executor chose to elect out of the estate tax, estate property received a modified carryover income tax basis, and not a step-up (or step-down) in basis. Step-up (or step-down) generally means that the tax basis of the estate's assets increases (or decreases) to fair market value at the date of death. The modified carryover basis regime carried over the cost basis of the deceased individual to the heir. It is "modified" because cost basis could be supplemented by a step-up in basis of $1.3 million of property, with a step-up in basis of an additional $3 million of property received by a surviving spouse.

The gift tax remained the same: a top rate of 35% and a $1 million exclusion.

EXCLUSIONS AND TOP TAX RATES IN 2018 AND LATER YEARS

The Tax Cuts and Jobs Act doubled the gift and estate tax basic exclusion amount to $11.18 million in 2018 (indexed annually for inflation). The exclusion is $11.4 million in 2019. After 2025, the exclusion is scheduled to revert to its level prior to 2018 and be cut by about one-half. The top tax rate for these years is 40%.

The 2010 Tax Act introduced a new estate planning concept — exclusion portability. In short, the estate of a deceased spouse can transfer to the surviving spouse any portion of the federal estate tax exclusion that it does not use. The surviving spouse can then add that amount to the exclusion he or she is otherwise entitled to, increasing the total amount that can be passed on tax free. This new feature makes it easier for married couples to minimize the potential impact of gift and estate tax.

Prior to the 2010 Tax Act, if a spouse died without having planned for his or her exclusion, the deceased spouse's estate would have passed tax free to the surviving spouse under the unlimited marital deduction (assuming all assets passed to the surviving spouse), and the deceased spouse's exclusion would be lost or "wasted." The surviving spouse's estate could then only transfer an amount equal to his or her own exclusion free from federal estate tax. To solve this dilemma, married couples typically set up what is commonly referred to as a credit shelter trust (or bypass trust) that sheltered or preserved the exclusion of the first spouse to die. Portability can achieve a similar result without the use of a credit shelter trust.

The portability feature is available to the estate of a deceased spouse dying in 2011 and later to transfer the unused exclusion of the deceased spouse to the surviving spouse.

The portability feature applies only to the gift and estate tax; it does not apply to the GST tax. Without a trust, any unused GST tax exemption of the first spouse to die will be lost.

The opinions voiced in this material are for general information only and are not intended to provide specific advice or recommendations for any individual. To determine which investment(s) may be appropriate for you, consult your financial advisor prior to investing. All performance referenced is historical and is no guarantee of future results. All indices are unmanaged and cannot be invested into directly. The information provided is not intended to be a substitute for specific individualized tax planning or legal advice. We suggest that you consult with a qualified tax or legal advisor. LPL Financial Representatives offer access to Trust Services through The Private Trust Company N.A., an affiliate of LPL Financial.